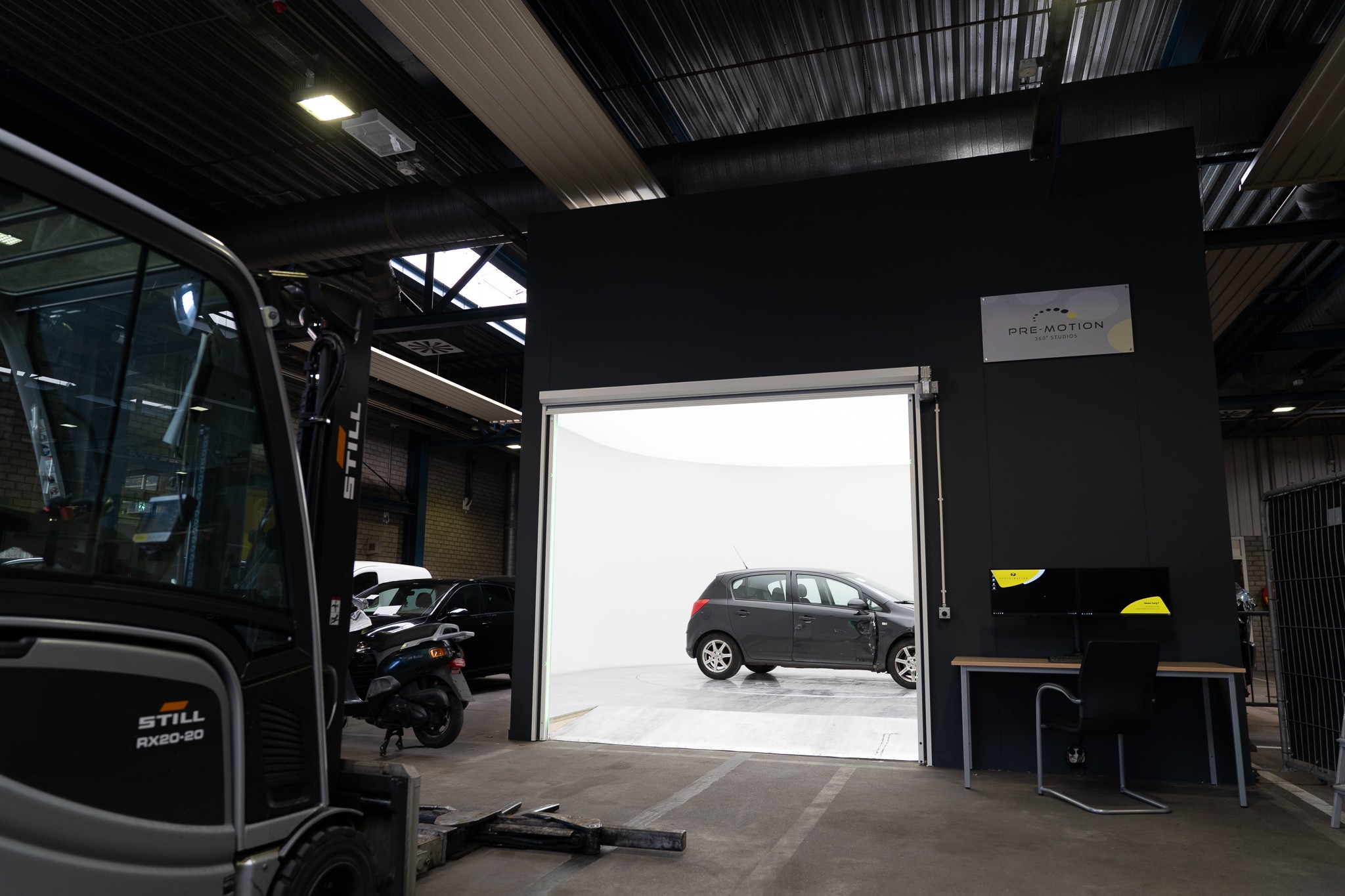 Clearer definition of burden of proof for filing purposes Police

It is not only companies in the automotive industry that need a 360° photography solution. The police force in The Hague also approached Pre-Motion in their search for a way to photograph evidence better and faster. There were some snags and catches, so the necessary customisation was required. By actively thinking along and trying out different materials, the forensic investigation team has been using the Premium Studio since April 2021.

Part of the forensic investigation is the recording of vehicles that have been involved in incidents. These may be passenger cars that have had an accident, but also stolen scooters or a van that has been involved in a shooting. The room that the researchers had at their disposal was not optimal. There was no calm background and the lighting was inadequate. This meant that important details were less visible in the photos. This had to be improved in the eyes of the researchers. Therefore, Marcel started his search for a professional photo room.

“Our researchers needed a large photo studio that is well lit in order to capture images clearly, in detail and without reflection.” 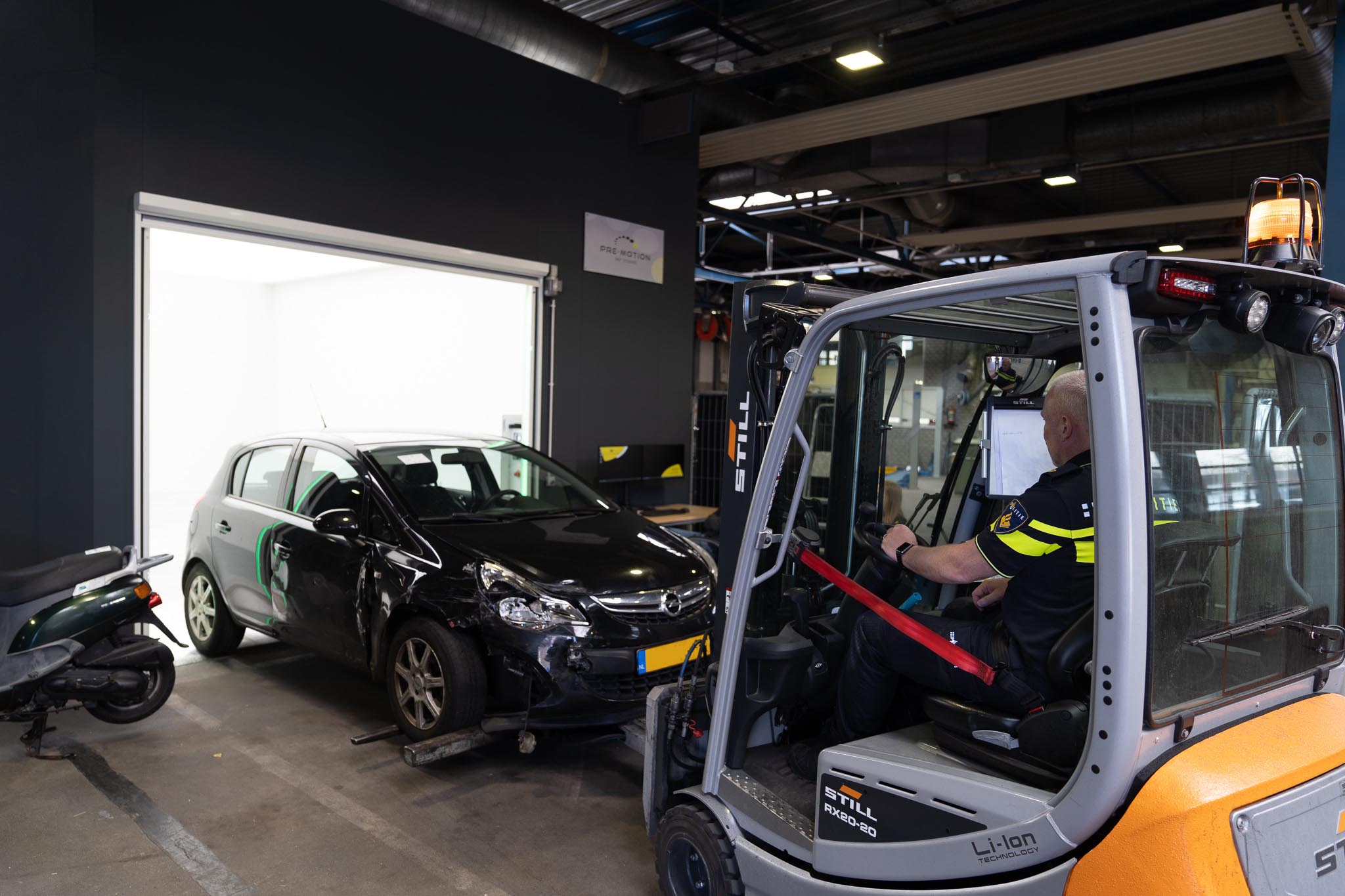 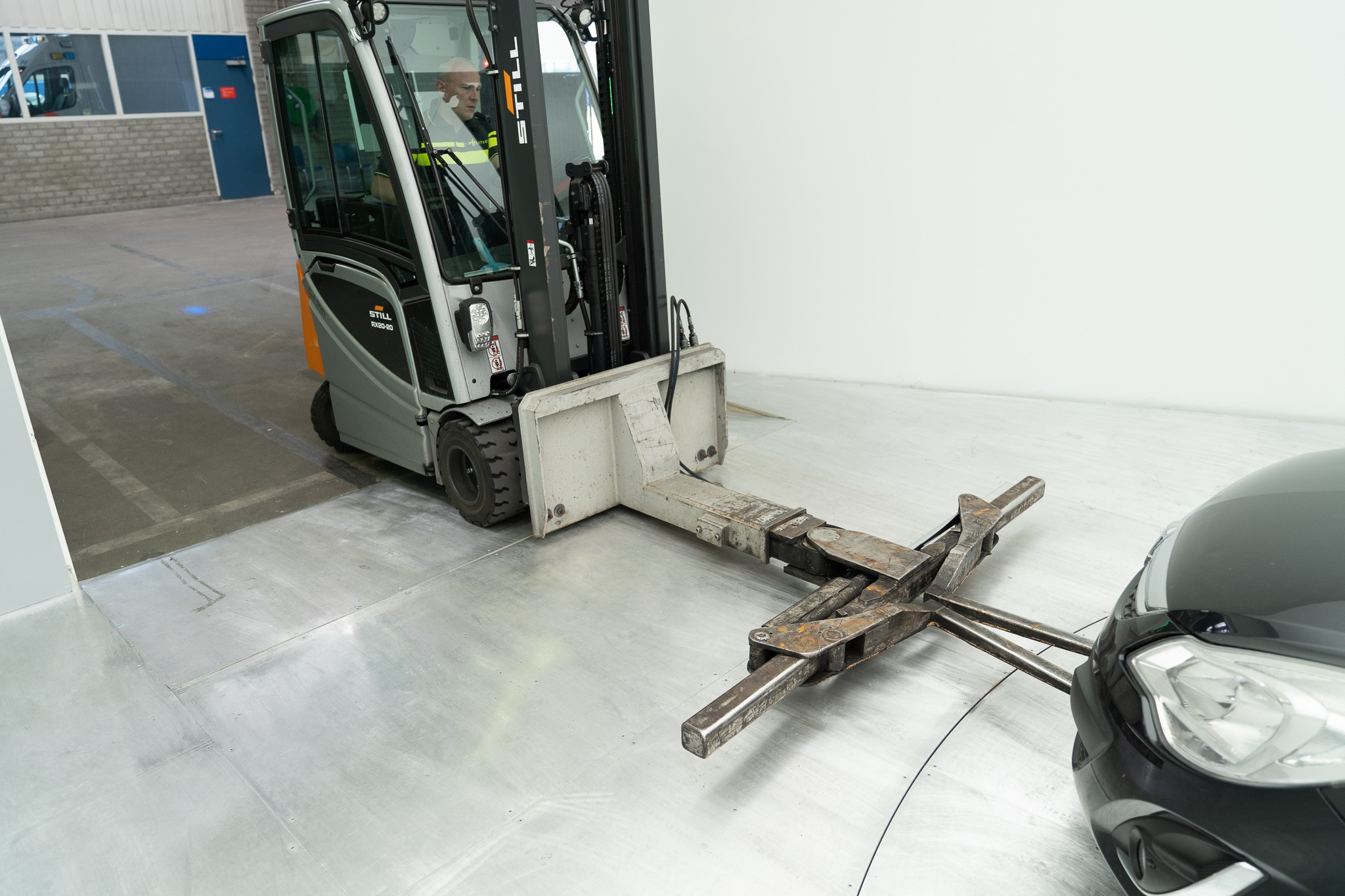 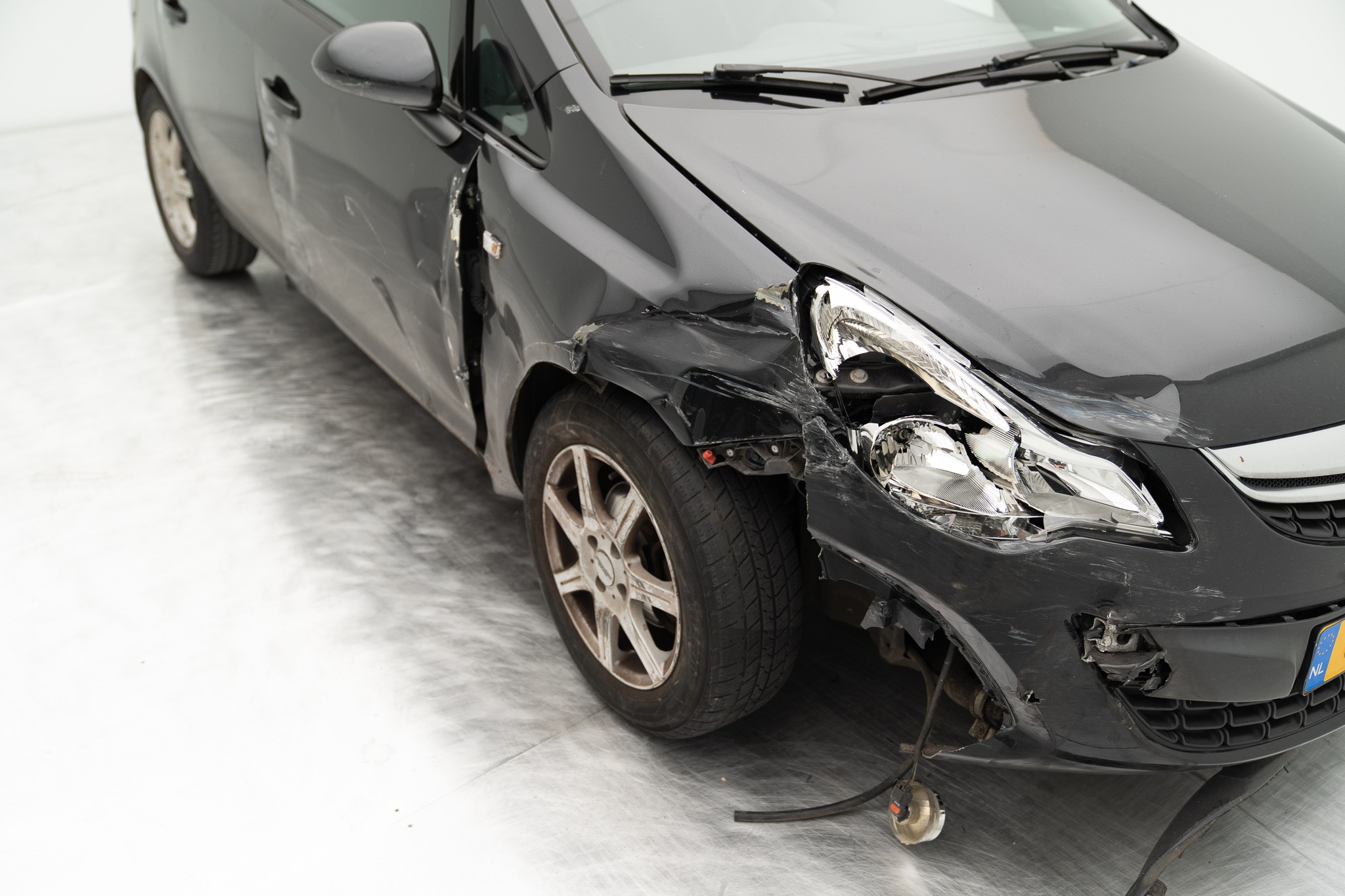 A photo studio for the police? That requires a tailor-made solution

The team coordinator started his search on Google, looking for a company that could think along with him and deliver customised work. A police photo studio is not installed just like that. The vehicles that are to be photographed must not be touched and are not always in good condition. They are therefore driven into the studio with a forklift and placed on the turntable. In order to be able to bear this weight, a reinforced floor with a metal finish was needed. The colour of the floor was also changed. Normally it is dark in colour, but especially for the FO-team a light floor was installed to make details stand out even more.

“We take 108 photos of each vehicle in 4 to 5 minutes with a high-resolution camera. Then we use a separate camera to take detailed photos.

Is the photographed vehicle part of a court case? Then the photos taken will also be used in court. The high quality of the photos makes it easy to explain cases. The variety of images and the ability to zoom in far make it easier to visualise the incident. Even the smallest details can be captured in razor-sharp detail. Besides the fact that this saves a lot of time, it also comes in handy later on. Sometimes files are reopened after several years. Detailed visual material then makes it easier to understand the case. 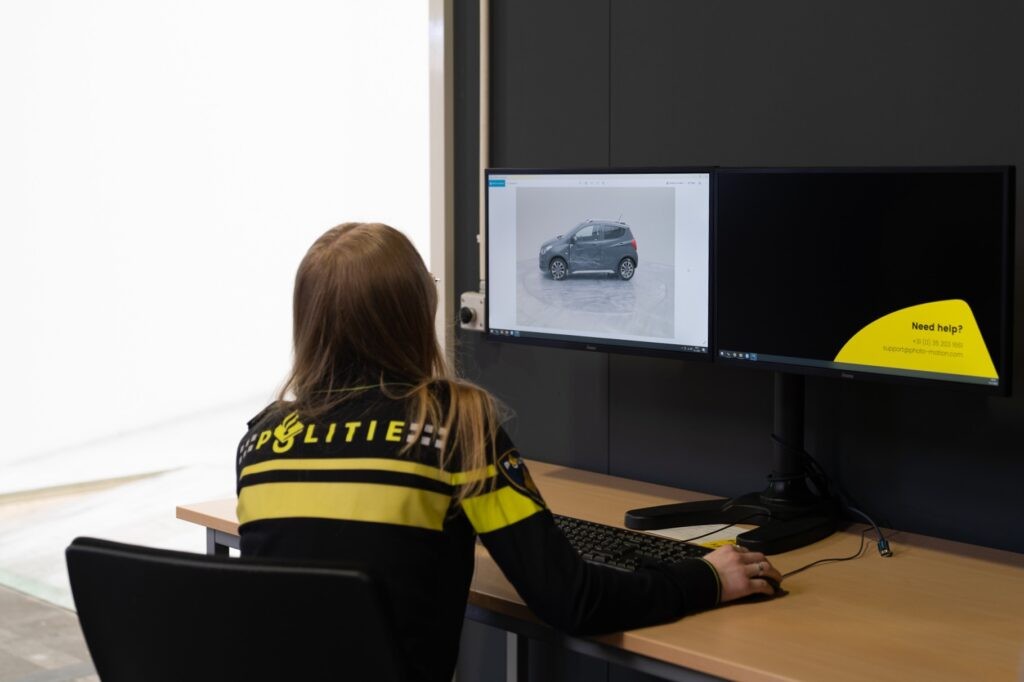 Developing 3D models for the future

Taking photographs is not the only thing researchers do in the photo room. After they have shot the necessary footage, they often also carry out their further investigations here. For example, they record fingerprints, check vehicles for bloodstains and check whether there are any bullets left in the vehicle. “The studio is a quiet and well-lit place. The investigators enjoy their work here,” says Marcel. The team is even so enthusiastic about the possibilities of the Premium Studio that they have made an item for the internal news. In addition, the Police are doing internal research on how they can generate 3D objects and models with the Premium Studio. “For example, in the future we hope to be able to visualise bullet trajectories to make answering questions even easier”.